It really is official. The holidays are here. Turkey. Football. Family. Santa Claus. Whoa! Let’s not get ahead of ourselves. Let’s get through Thanksgiving. This week we are not talking accounting, not even talking tax. Welcome to this week’s blog: Don’t Talk Trump, Let’s Talk Turkey. Trivia for your Thanksgiving Day. And if you need to flip any, “Oh no, here we go” conversations we have included several round table discussion topics to help you steer clear. 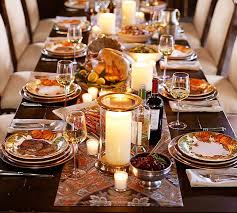 1. What meat did Native Americans bring to the First Thanksgiving?

2. What state grows the most turkeys?

3. About how many turkeys go from the farm to the Thanksgiving Dinner table each year?

4. Where do the feathers go?

To the farm and to the zoo. Turkey feathers are ground up and used as protein for cattle, sheep, goats and giraffes.

1924. Did you know back in the 20’s the Macy’s Thanksgiving Day Parade was in Newark, NJ and we pretty much ripped off the America’s Thanksgiving Parade from the Canadians. Giving credit where credit is due. The Eaton’s Santa Claus Parade first marched in Toronto, back in 1905.

6. Which President was the first to officially give a turkey a presidential pardon?

The first unofficial pardon was given by JFK in 1963. But it was Ronald Reagan, in 1987, who first officially pardoned a turkey, as a joke. The turkey trotted off to a petting zoo and in 1989 Bush SR made it an annual tradition. Truly, non-partisan politics at its best!

7. Just like some folks have wattles under their chins, so do turkeys, under their beaks. But what’s the wattle above the beak called?

8. Who invented that green bean casserole that Grandma makes every Thanksgiving?

Dorcas Reilly in 1955. And Dorcas worked…… at the Campbell Soup Company. Cream of Mushroom soup had been invented some 20 years earlier and people used it a casserole filler. Rest in Power Dorcas, who passed away at the age of 92 last month on October 15th.

9. Where did the cornucopia come from?

There’s a couple of different rumors or legends in Greek mythology about the horn of plenty. One is Zeus’ mom after giving birth to him gave him to some nymph-nannies to take care of. They in turn hired a wet-nurse goat named Amalthea whose milk helped Zeus grow up to be the head honcho of Pagan Greece; King of Mount Olympus, God of Thunder and all that. When Zeus became boss, he put one horn in the heavens and filled the other horn with the magic of perpetually becoming filled with whatever sustenance the possessor of the horn might want and gave the horn to his nymph-nannies. 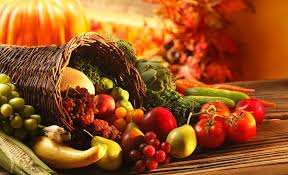 Another story is Zeus’ kid, one of them, he had like 92; Hecules got into a fight with the guy that was the River God. Of course, it was over a woman, not just any woman but the daughter of the God Dionysius. The River God guy shapeshifted into a bull. Heracles kicked his butt, tore off a horn, gave it to some water nymphs who filled it with flowers. The Goddess of Plenty liked the flower-filled horn and then made the horn her own and called it… Cornucopia.

Suggested table discussion: What would you fill the cornucopia with? 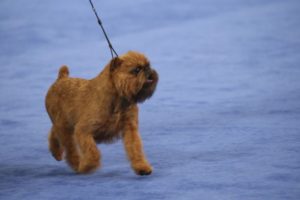 Did you know Ben Franklin wasn’t sold on the idea of the Bald Eagle as our national emblem? He actually thought the eagle was of bad moral character and a coward and too lazy to fish for himself. And he thought the Turkey was a better bird all around. Who knew?!

This is the part where we say if you need anything reach out to McAtee & Associates and #CallCarolFirst.  We’re not sure where Carol is going to be Thanksgiving but she told us to help you with this:

And, in case you want to have this handy for tomorrow, save this PDF to your phone or print it out.  And Have A Blessed and Bountiful Thanksgiving.