In this series of three, we will look at various tax advantageous retirement and savings vehicles and their maximum contribution amounts. We hope that you check on your progress towards #MaxItOut.

Let’s start with the well-known retirement plans that many folks contribute to on their own – self-funded Individual Retirement Accounts: Traditional and Roth. Congress established these “tax breaks” to encourage us to save for our retirement. These are the vehicles you go out and purchase and drive on your own. 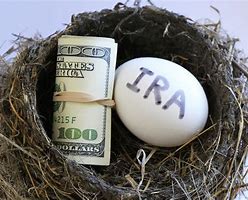 What is a Roth IRA? Putting money in IS NEVER tax deductible. Taking that money out IS NEVER taxable but sometimes there is that whopping punishment if you take it out before you are 59 ½ years old.

HOW LONG HAVE THESE BEEN AROUND?

The Traditional IRA’s first public appearance was way, way back in 1975 and the initial #MaxItOut contribution was $1,500.

The Roth IRA’s first public appearance was way back in 1997 and the initial #MaxItOut contribution was $2,000.

IS THERE AN INCOME LIMIT FOR CONTRIBUTING TO AN IRA?

Not for Traditional IRAs.

HOW MUCH OF MY 2018 CONTRIBUTION IS TAX DEDUCTIBLE?

For Traditional IRAs how much of the contribution being deductible is limited by how much you make and if you have a retirement plan through your employer. If you are not married yet, for better or for worse, and have a plan through work: the whole contribution is tax deductible if MAGI is less than $63,000; partly deductible between $63,000 and $73,000; and, not at all tax deductible if you make over $73,000; at which point you should consider contributing to a Roth IRA. If you are self-funding an IRA on your own then the entire contribution up to #MaxItOut is fully deductible. For married folks those amounts are: $101,000 and $121,000. If your spouse has a plan through work and you don’t, the amounts are $189,000 and $199,000. We’ll be sure to let you know the #MaxItOut 2019 amounts.

CAN I CONTRIBUTE AFTER I RETIRE?

No more contributing to your Traditional IRA after you turn 70 ½ even if you still haul yourself off to work instead of sleeping in or doing fun stuff.

Contributions to Roth IRAs are not stopped when you turn 70 ½. So, you can #MaxItOut no matter how old you are.

WHEN CAN I GET MY MONEY?

After age 59 ½: Traditional AND Roth. If you were hoping to hang onto it and leave it untouched for a while, you can. Until you are 70 ½, then if you have Traditional IRAs government makes you start taking your money out annually as a Required Minimum Distribution (RMD). You can take out more than the RMD but not less. And if you don’t take out the minimum, the punishment can be HUUUGE!, as that RMD amount not withdrawn is taxed at a whopping 50%. Take it out and spend it or not spend it, or put it in a Roth IRA. Take it out even if it means sacrificing more earnings. Just Do It.

Sure, you can withdraw from the Traditional IRA. Remember the withdrawn amount will increase your income and possibly put you in a higher tax bracket AND THEN there is the punishment. There are times when you can take your money out of Traditional IRAs without being punished.

These are times of:

 ⇒ Paying for health insurance premiums when unemployed for at least 12 consecutive weeks;
 ⇒ Paying for medical expenses which total more than 7.5% of your adjusted gross income;
 ⇒ Paying for college for yourself, your spouse, your kids, and even your grandkids;
 ⇒ Disability as defined by the IRS and backed up by a doctor’s verification;
 ⇒ Inheriting an IRA from your spouse and even folks you aren’t or were never married to;
 ⇒ Buying, building, or rebuilding a house for the first time for yourself, your spouse, both sets of parents and grandparents and all the kids and grandkids;
 ⇒ Serving your Country (Reserve and National Guard) for more than 179 days; and,
 ⇒ Withdrawing on a specific schedule (SEPP – Substantially Equal Periodic Payments).

There are two kinds of money in Roth IRAs. 1. Principal – The money you put in/contributions and 2. Earnings – Interest, dividends, capital gains, and the like. Remember withdrawals are tax-free but if the money taken out is earnings, a 10% penalty will be blasted on your tax return.

WHAT OTHER THINGS SHOULD I KNOW ABOUT INDIVIDUAL RETIREMENT ACCOUNTS?

 ⇒ If you are contributing to both a Traditional IRA AND a Roth IRA, the total amount of money you can contribute to both accounts can’t exceed the annual limit or earned income (money you make, whichever is the lesser. If you do exceed it, the IRS might punish you with a 6% excessive-contribution penalty.
 ⇒ You can never borrow and payback money from any IRA. This is an absolute no-no. A no-no is an IRS “prohibited transaction”.
 ⇒ Starting 1/1/2018 new tax code has eliminated the do-over of IRAs – recharacterization. You used to have until the tax-filing deadline plus six months to change your mind. So, no more switching up contributions, rollovers, or conversions, and no more partial conversions to beat tax brackets. There is, however, the proverbial grace period. Roth IRAs converted in 2017 can be switched to a Traditional IRA BEFORE 10/15/18.

A Traditional IRA is the retirement vehicle to drive for those who: prefer immediate tax deductions lowering the out of pocket cost for the contribution or believe their tax bracket will be lower in those golden, retirement years.

A Roth IRA is the retirement vehicle to drive for those who: can afford to contribute the full $5,500/$6,500 without lowering the out of pocket cost or believe their tax bracket will be higher in those golden, retirement years.

There are exceptions to most rules and more than one way to cook an egg. So, if you are considering contributing or withdrawing funds, changing your contribution strategy, rolling over or transferring, converting or recharacterizing existing retirement accounts, or have recently inherited an IRA, it is super important to reach out to Carol McAtee and Associates for answers and guidance. #CallCarolFirst!

Be sure to check back here next week for info on Employer-provided Plans and check us out on and ; for whatever it is we’ll be posting. And remember #MaxItOut.